One death is a tragedy; a million deaths is a statistic Be it from social unrest, economic upheaval, or environmental collapse, forced human migration is at unprecedented levels. According to the UNHCR, there are more than 65 million displaced people in the world today. Of those, more than 22 million are forced refugees. Over half are under 18 years old. Nearly 20 people are displaced from their homes every minute.

However disquieting, it almost doesn’t matter. As awful as that sounds, our emotional and mental resources aren’t naturally up to the task of finding empathy for so many. What researchers call “compassion fade” creates “psychic numbing.” Our minds are desensitized by numbers like these. It is, as research psychologist Paul Slovic calls it, the “arithmetic of compassion.”

It’s hard for us to wrap our heads around such numbers. We are much more likely to respond to the image of one single child – bruised, dazed, and recently orphaned sitting alone in an ambulance – than to the collective human tragedy swirling around one unfortunate little boy.

Overcoming this cognitive dissonance between caring and callousness is no easy task, but necessary. We risk allowing the numbers of displaced people to expand by orders of magnitude, overwhelming not only the material resources but also the compassion to care.

Ostensibly due to civil wars, religious extremism, and political unrest, there is one underlying progenitor to forced human migration. Until we address it, no humanitarian aid, no travel ban, no walled-off border will slow the tragedy of human displacement.

It is the one common denominator that we all share: the planet; living on it.

Violence and unrest spread across the Middle East into Europe and further. In its wake, a growing “tide” of human migration. For some, it is a crisis of conscience, for others, a threat to their perceived well-being and cultural identity. For most of us, it’s numbing. For all, figuring a solution to the refugee crisis remains elusive.

The problem seems intractable, but we look for easy answers. People continue to suffer, lives are uprooted, children orphaned, but we propose policies that do little to address the root causes. Vigilance turns to aggression; caution to isolation.

For executive director Joe Speicher, and his colleagues at the Autodesk Foundation, human migration is ground zero for impact. Speicher works on-the-ground in some of the world’s most vulnerable areas where human migration and climate change converge to help bring relief from immediate threat and solutions to long term risks.

With their partners from around the globe (including the UNHCR), Speicher and his colleagues see first-hand the tragedy, heartbreak, and inhumanity of the refugee crisis. In the context of ongoing human suffering, it may seem counter-intuitive, but the refugee crisis will never be solved until and unless we deal with climate change. In fact, it will only get worse.

“We think 65 million refugees currently around the world – that we know of – is a lot,”  he says.

“If we don’t deal with the impacts of climate change, the number of refugees increases by orders of magnitude.”

We spoke Speicher on World Refugee Day. He doesn’t typically “assign much value” to “World (pick your issue) Day” observances “ He makes an exception for World Refugee Day.”This is the perfect issue conflating social impacts and environmental impacts,” Speicher says.

“These are emergent problems with multivariate inputs that lead to something like the Syrian crisis. Climate change is one of the underlying causes.”

Research suggests climate change could force between 200 and 500 million coastal residents from their homes in the next 30 to 80 years. Imagine the social tension with a half-billion people in migration.

Of those that have connected the dots, however, few are more formidable than the U.S. armed forces.

For years, military leaders have warned of the cascading regional climate impacts that jeopardize global security and disrupt the geopolitical map. Climate change is on the military’s “radar” as a threat multiplier.  The generals and admirals understand global warming much better than their current civilian leaders.

But in Washington, the Trump administration’s EPA chief Scott Pruitt invites yet more “discussion” about the veracity of climate science, instead of the real issue of what to do about it. The well-worn playbook of false equivalency and obfuscation continue with renewed vigor from the new U.S. administration.

“The Department of Defense mitigates against the risks climate change,” says Speicher,”Yet, we continue to debate (climate change) at the 30,000-foot view in Washington, D.C.”

Perhaps even worse than the ceaseless effort to dilute the issue is President Trump’s attempt to isolate the United States from the rest of the world on every important issue of national and global stability. As Speicher says, the refugee crisis is a confluence of the pressing social and environmental impacts caused, in part at least, by climate change.

Global warming cedes authority to no border. Despite the president’s desire to wall off the country from all travails of the outside world, it is a futile ambition. Isolation cannot be achieved and it is not leadership in a complex world.The human story of climate displacement is already begun. And not only in some far-flung corner of the world, but right here in Donald Trump’s America.

“We are already resettling climate refugees in the U.S.,” says Speicher.

From the Bayous of Louisiana to the barrier islands off the Atlantic coast and native villages of Alaska, climate change has arrived and it is taking names.

The president represents all Americans everywhere. Including Pittsburgh. While a nominally clever soundbite, the implication inherent in “Pittsburgh, not Paris doesn’t add up.

Today, there are more than 90 coastal communities in the United States struggling with chronic flooding. The kind of flooding, writes Laura Parker in National Geographic, that is “so unmanageable it prompts people to move away.”

According to a study published in the journal Elementa, more than 170 U.S. communitiesface flooding and inundation within less than 20 years. The very people he says will “no longer be forgotten” are first in line to feel the impact of global warming.

President Trump claims that U.S. participation threatens coal jobs, sacrifices our economic advantage, and, worse yet, is little more than a global inside joke. People are “laughing at us.”

Nobody likes getting laughed at.

Behind the vague, isolationist, and misinformed reasoning for withdrawing from the Paris Agreement, the President reveals his essential “us vs. them” mentality; admittedly never far from the surface in any case. Yielding to the self-interest his EPA administrator and chief strategist, President Trump is unable to grasp the significance of the Paris Agreement, let alone its specific details, let alone the gravity of the situation. With a unique twist of neurosis thrown in for good measure:

“We don’t want other leaders and other countries laughing at us anymore,” he says to the world. “And they won’t be. They won’t be.”

In President Trump’s mind, there are no win-win scenarios. It is always a simple zero-sum game.  The Paris Agreement is, by design, a means of gaining “advantage” over the U.S.

“The rest of the world applauded when we signed the Paris agreement – they went wild, they were so happy – for the simple reason that it put our country, the United States of America, which we all love, at a very, very big economic disadvantage.”

Despite President Trump’s logic, the economic disadvantage of climate change is not from action or participation in the hard-won Paris Agreement, but from inaction and isolation.

“This is not an issue that, as we do all too often, allows us to avoid the prevention upfront and seek treatment after the fact,” says Speicher.

Doing the math, no place to hide In his interview with David Muir last January, President Trump makes a valid point when he tells Muir that the “world is a mess.”

Indeed, it is true. Many unprecedented challenges define our new century. There is no assurance we are heading in a direction from which we will emerge into the next century “happily ever after.”

So, yes, on the face of it, President Trump’s perspective is credible. Such a worldview is arguably even more troubling than the “mess” we are in.

We look to our leaders to shape the narrative around which we define the dangers and possibilities of our times.

Whatever the politics, we remember best those who inspire within us a vision of how the world should be, could be. By tapping into the emotional psyche of society, people are motivated to action by a common narrative, driven either by fear and distrust or hope and unity.

I suggest that President Trump’s rhetorical style is less than inspirational. His reasoning for withdrawing from the Paris Agreement does not reflect our better nature. It belies the arithmetic of compassion. The failure of his vision acquiesces to his emotional limitations; forsaking the long, hard road of global cooperation in service of our common challenges. The United States is no longer reliable as a global leader.

And so, we look elsewhere for leadership. Business leaders, mayors, governors, citizens.

“President Trump’s short-sighted and politicized decision to pull out of the Paris Agreement has catalyzed corporations, states, and cities to do even more for climate change,” Speicher says, “creating a path forward to help solve two crises – climate change and refugees.”

“If we want to keep those numbers manageable,” Speicher says, “we’ve got to start dealing with the impacts of climate change.”

Some may argue the number of refugees in the world is already at unmanageable levels. Some seek to wall off their surroundings from the tumult of human misery. That works, perhaps, for some; for a little while. It is no solution.

Isolation is a delusion motivated by fear. Climate change, and the human unrest it engenders, finds us all.

This article originally appeared in TriplePundit 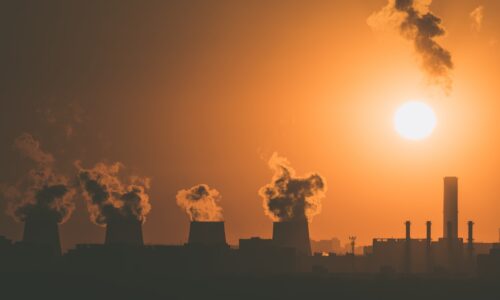 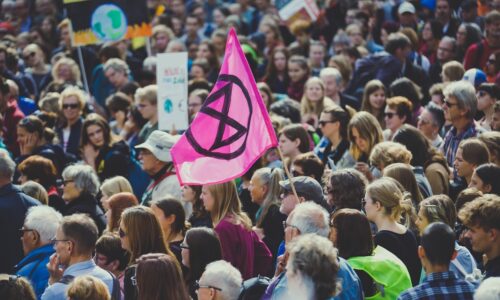 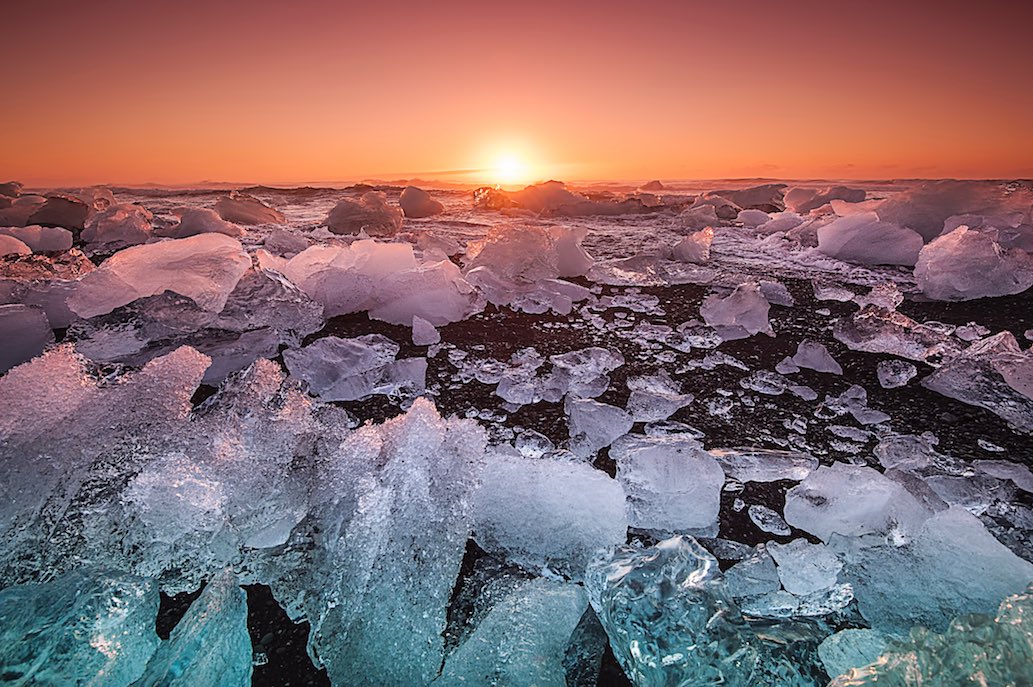 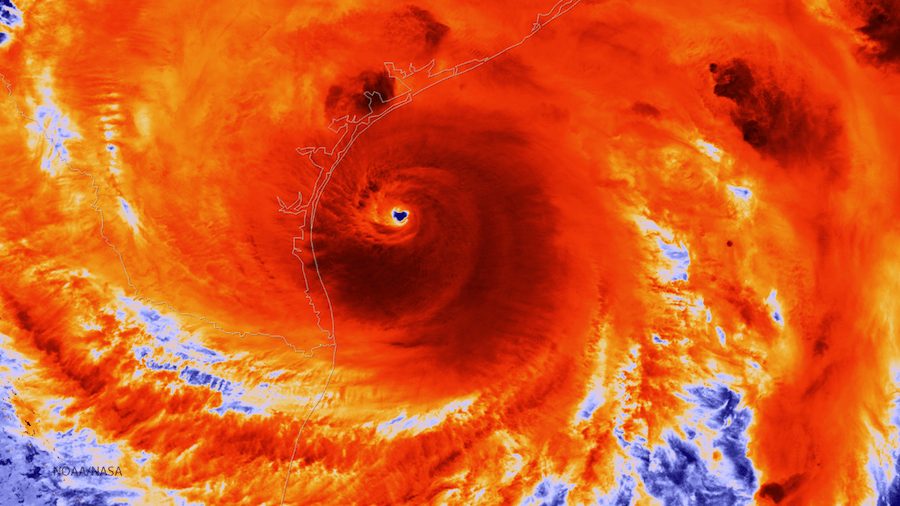 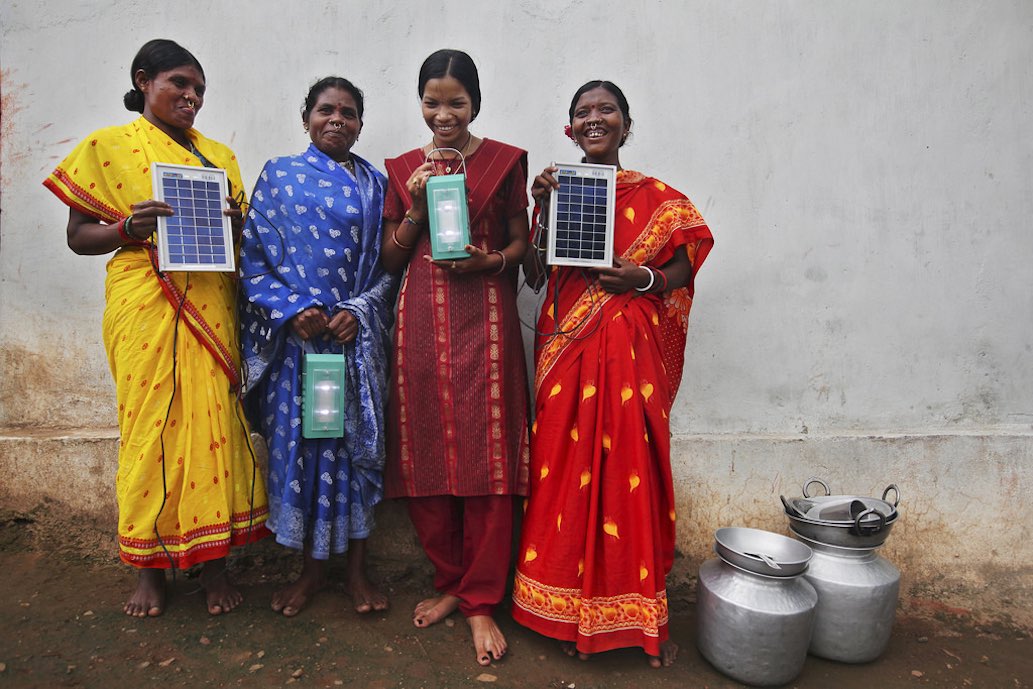